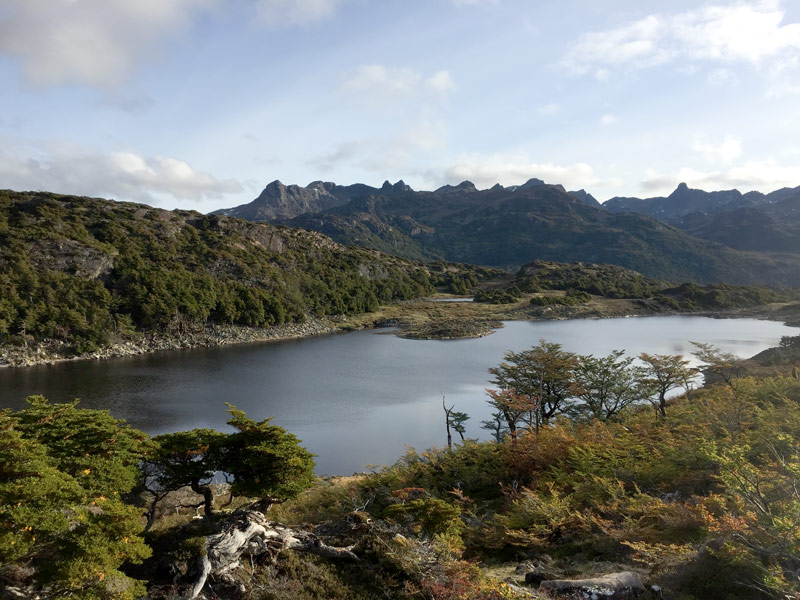 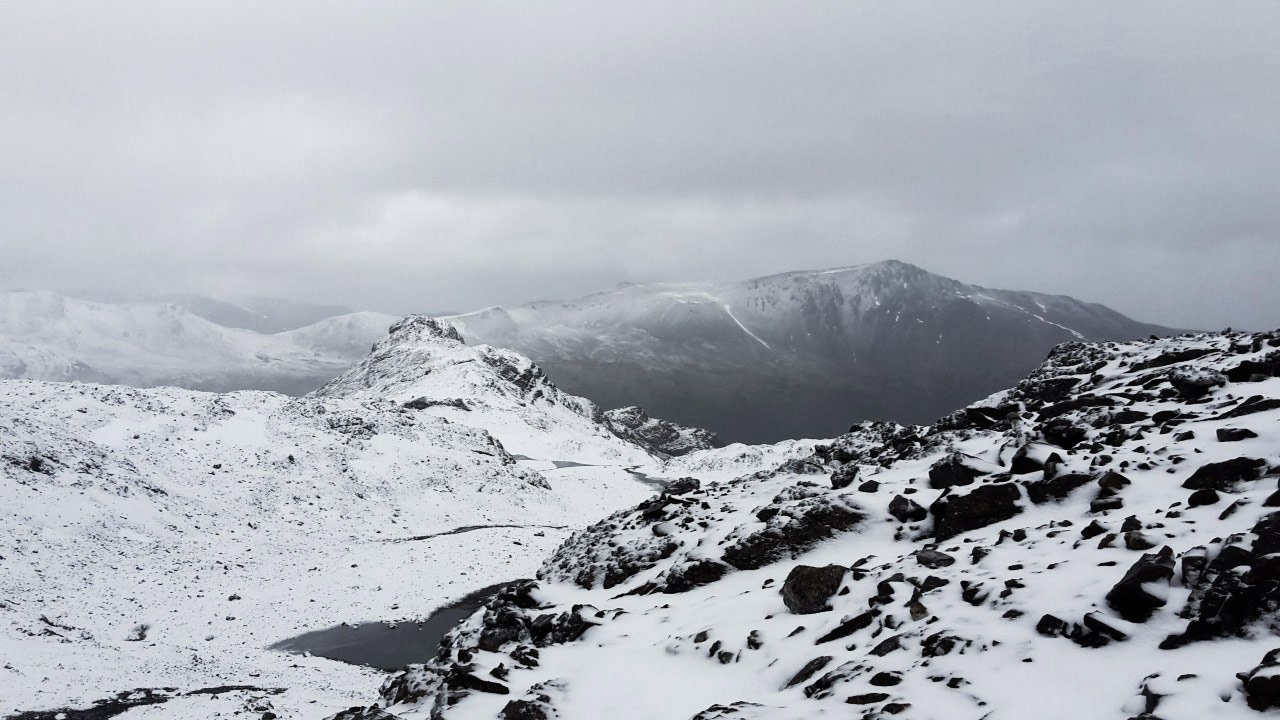 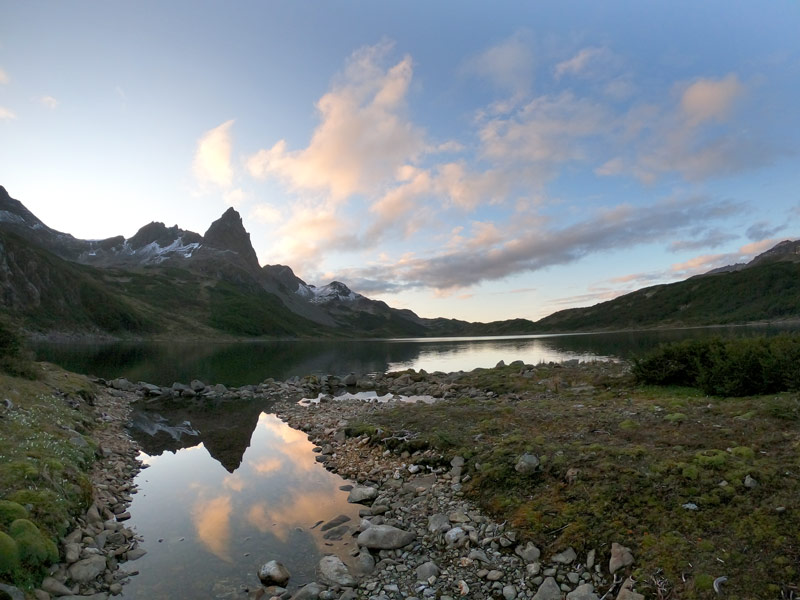 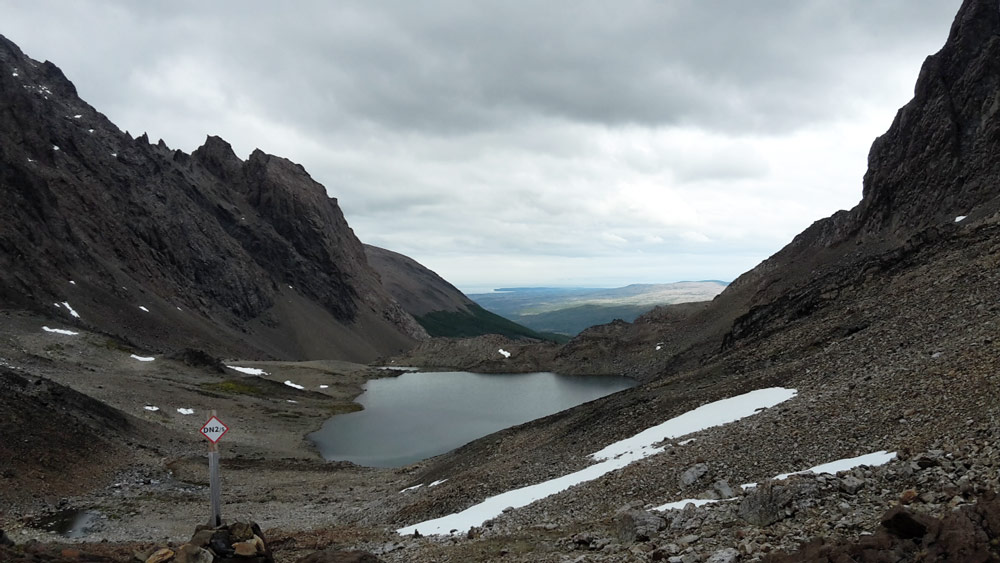 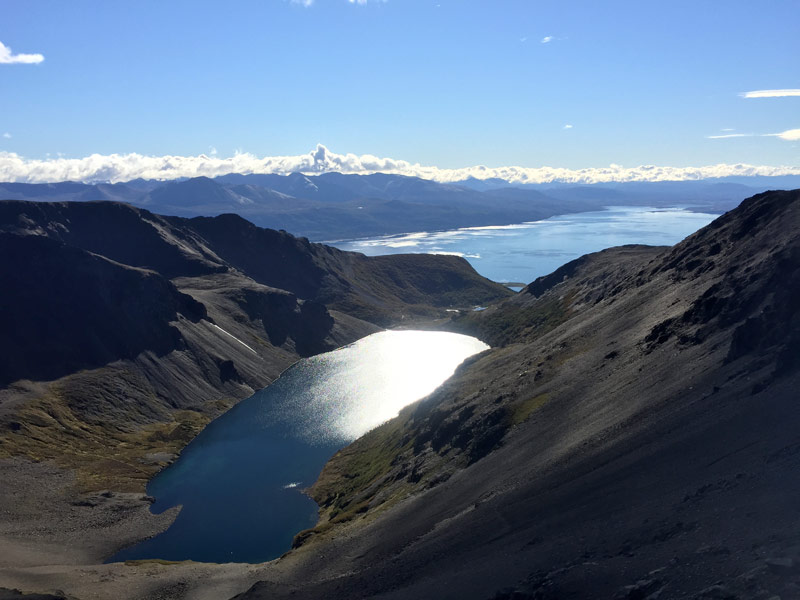 The Trek of the Dientes de Navarino is the most famous of the island but also the most demanding.

Over 3-5 days it will take you through the magnificent landscapes at the end of the world.

This mythical trek was marked out in the 80’s by Clement Landemayer who worked for Lonely Planet at that time. At the same time he named the lakes and mountains to make it easier to describe the route. The mountain range that bears his name was later named after him.

Ask about the weather forecast (the WindGuru site is rather reliable) and postpone your departure for a day if a snowstorm is announced. The weather is the main difficulty of this trek, indeed we are at latitudes where cold, wind, rain, snow can surprise even experienced hikers. At the beginning and the end of the season, we do not recommend you to do the Dientes if you do not have a good adapted equipment and a real experience of the high mountains.

Depending on your level and your walking habits, this is indeed the time you will need. You have to count on the time you will lose looking for the markings especially at the end of the route, on the lull that will make you stop longer than expected to dry your things, on the mud that you will try to avoid (without success)… and on the magnificent moments of contemplation sitting alone, in absolute calm.

If you are nevertheless a fan of speed, the 50km Navarino Trail is organised every year in December. The record is 26h40.

Finally, if you are not used to walking, it is a difficult route. It does not include a technical section but requires a good balance. There are many scree slopes and backpacks that are often too heavy can be very disabling. Some passages on the mountainside before the paso de los Dientes and especially the paso Virginia impress more than one.

For a precise description of the route, we recommend that you download the complete guide of this hike (Guide PDF des Dientes) published by the Chilean government. It is very well done.

We also recommend that you read our recommendations for a serene hike before embarking on the Dientes de Navarino trek.

How to get there:
The start is 3.5 km from the centre of Puerto Williams. At the crossroads of the virgin take the track that goes south. Follow it for 2 km, keeping to the right at the fork in the road.
Duration* : 3-5 days
Ascending:800m
Distance* : 40km
Difficulty:5/5 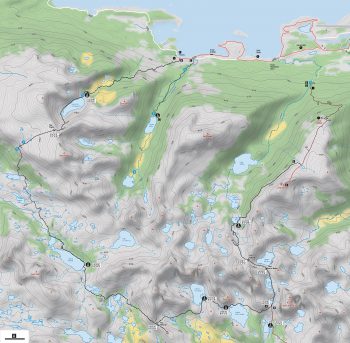 Find this hike on the map:
Topographic map and hiking guide | Isla Navarino | Dientes de Navarino Getting the map and GPS track